24 September 2021 Bidding Adeiu to the River of Tires 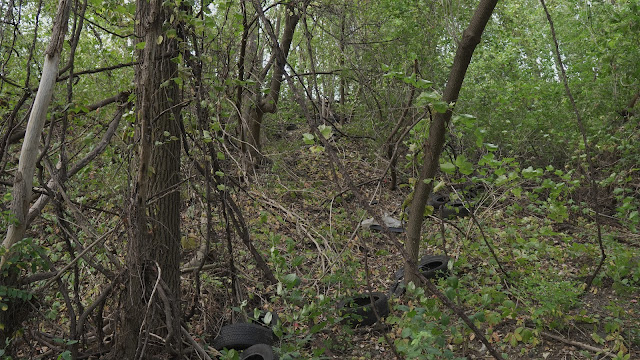 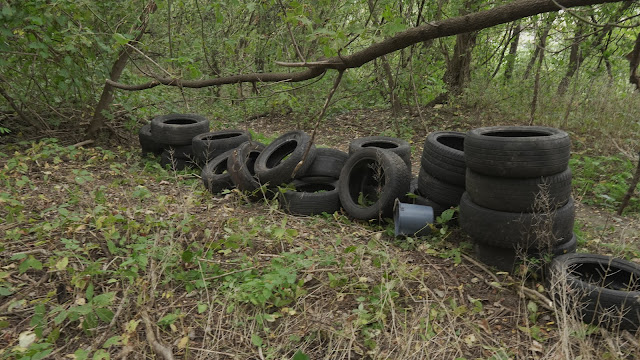 On the "River of Tires" all the remaining tires are located high up on the Falaise.  Tossing a tire down a hill to the foot path below saves a lot of work vs carrying the tire down.  However there is a risk that the tire will roll down past the footpath ending up far downhill.     In preparation for a tire toss, I made a wall of tires just above the footpath that will hopefully stop any runaway tires. After doing that bit of work, I went back to the Valley of Birds to try out a new 400 mm catadioptric lens on my camera.  These lenses are light weight and affordable but I find it difficult to get an accurate focus with them. Photos
Post a Comment
Read more

21 Sept 2021 Building the Western Trail at the Falasie 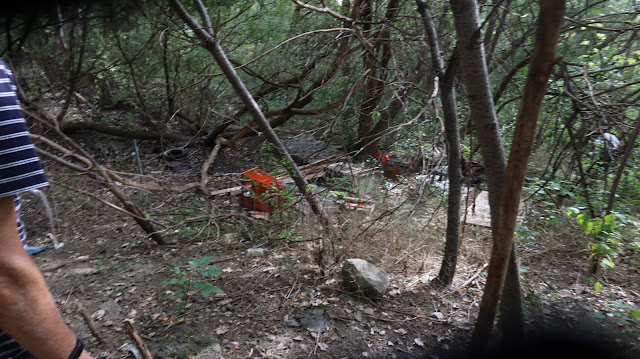 A.T. Lane, H.S. Tibbs, Louis Rubenstein and David (who is still searching for a suitable Sobriquet) gathered sans poutine at the La Belle Province restaurant for some exploration of the wild western portion of the Falaise St Jacques. Moving quickly past what was later discovered to be Cat Houses, they descended down to a used shopping cart lot which we hope may be picked up as part of the Falasie Clean Up Day . The plan was to quickly scout out the path to the Western Access Road and do the trail maintenance on the trip back home.  The trail truly is the Wild West of the Falasie, a large treasure trove of small trash can be found just downhill of the Super C Parking Lot, then a few ravines to cross before coming upon our goal, the  famed Western Access Road!  The terminus of a trail that begins in the East , passing the River of Tires , the Valley of the Birds , The Skateboard Park , and the Dinosaur Statue on it's way. After a short while, it came into sight, The Western Access
Post a Comment
Read more 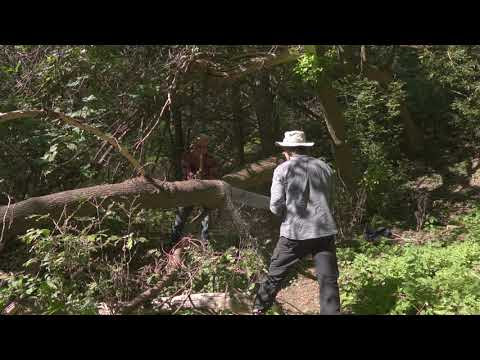 Roger, David and Malcolm met for the first He-Man Work day at the Falaise.  After doing such sissy things as filling the bird feeders, we spent our time clearing downed trees off the paths and gathering stray car tires for removal.     All Photos
Post a Comment
Read more 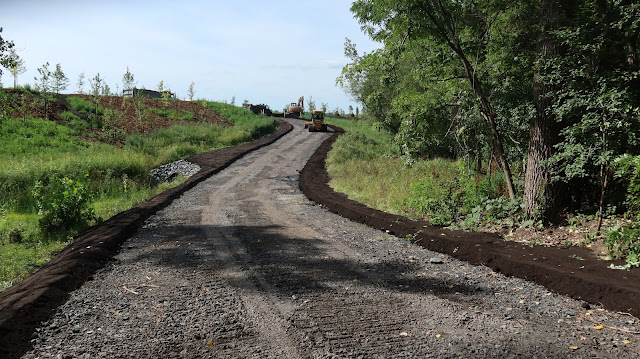 Stopped by to fill up the feeders and noticed that topsoil has been added to the sides of the Bande Verte access road.  Soon they will add the fine stone gravel. Some of the bird photos that day .
Post a Comment
Read more 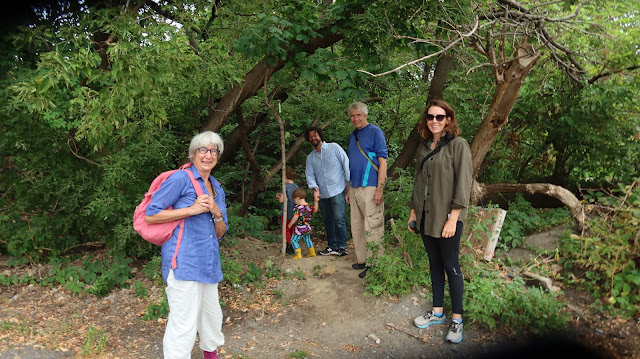 Malcolm aka A.T. Lane and Roger aka H.S. Tibbs met at the Shaika cafe for a regular Fixture ride to the inspect the construction of the Bande Verte and to stop by the Falaise's Valley of the Birds aka the Bird's Ravine.  Once there they were met by a family of hikers. After filling the feeders, we walked down to the marsh, aka Lac St Pierre separating the Falasie and the Bande Verte to look at the newly installed bird houses. Roger felt the need to impress some kids with his He Man work, so he moved about some 4x4 timbers and carted an old cart uphill to much applause. Malcolm, felt guilty not taking any bird photos that day, so he included a couple from his previous day ebird records in this Blog. I won't talk about my bird spreadsheet or my Eddington Number progress . Having done all the Falaise work for the day, they headed out to the Western entrance of the Bande Verte.   H.S. Tibbs at Western Entrance     Western Access Road   Rest stops under construction   Variety
Post a Comment
Read more

28 August Walk along the Bande Verte 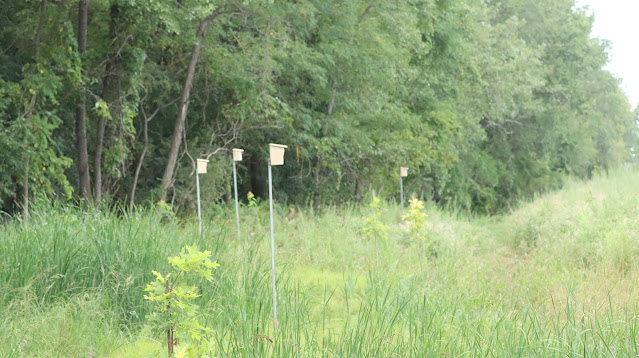 I went to the Falaise to fill up the bird feeders and took a walk along the Bande Verte. I noticed that the MTQ has added bird houses to the marsh area close to the Skateboard Park.  Good work!!!  I took a few photos of far off birds in trees. They were strongly backlit which makes it difficult to identify.  I find that adjusting the exposure afterwards makes identification easier.  They were Robins. I also took a few of robins having  mud bath. Looking south, towards the Lachine canal path I was surprised by how well I could photograph cyclists from that distant location. I filled out the ebird survey and updated the spreadsheet as well.
Post a Comment
Read more
More posts